Facets of Fear in Anglophone Literature and Film 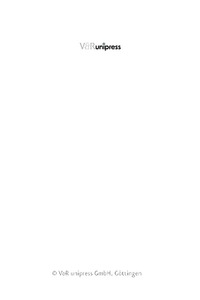 Fear in its many facets appears to constitute an intriguing and compelling subject matter for writers and screenwriters alike. The contributions address fictional representations and explorations of fear in different genres and different periods of literary and cultural history. The topics include representations of political violence and political fear in English Renaissance culture and literature; dramatic representations of fear and anxiety in English Romanticism; the dramatic monologue as an expression of fears in Victorian society; cultural constructions of fear and empathy in George Eliot’s Daniel Deronda (1876) and Jonathan Nasaw’s Fear Itself (2003); facets of children’s fears in twentieth- and twenty-first-century stream-of-consciousness fiction; the representation of fear in war movies; the cultural function of horror film remakes; the expulsion of fear in Kazuo Ishiguro’s novel Never Let Me Go and fear and nostalgia in Mohsin Hamid’s post-9/11 novel The Reluctant Fundamentalist.

Link to the first publication