Essays on Beliefs and Economic Behavior 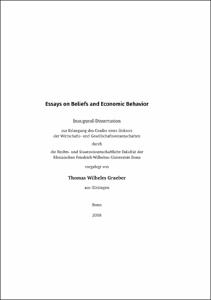