Essays on Information in Politics and Social Decisions 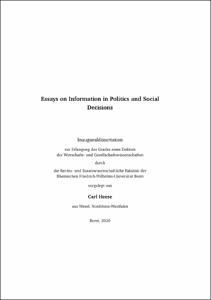