Presenilin deficiency leads to altered protein N-glycosylation and endo-lysosomal cholesterol accumulation
View Item
JavaScript is disabled for your browser. Some features of this site may not work without it. 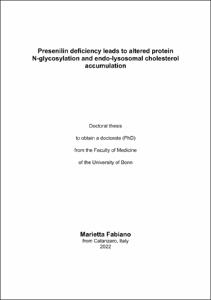