On the Implications of Unobserved Technology and Preference Shifts for Aggregate Labor Demand and Supply
View Item
JavaScript is disabled for your browser. Some features of this site may not work without it. 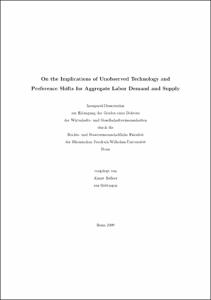