Language choice as a gate-keeping practice 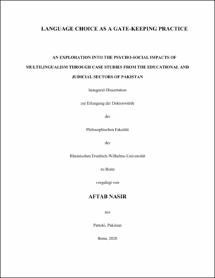