Taxonomy and distributional pattern of Pimplinae (Hymenoptera: Ichneumonidae) from Vietnam 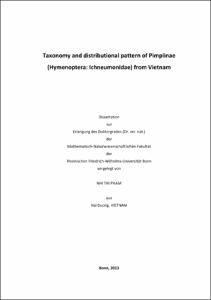