Nature and values of coping and adaptation 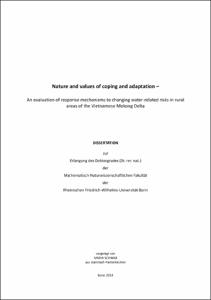