Complex Answers of a Society in Transformation, Ghana 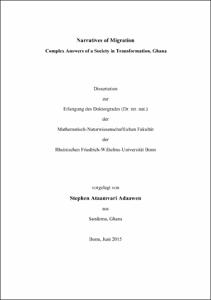