Communication Interfaces between Government Agencies and the Local Population 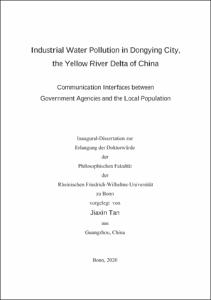